Geldra (ゲルドラ, Gerudora?) is a secret terrorist organization from the Rolling Thunder series that aims to conquer the world.

Gimdo (ギムドー, Gimudō?) is an arms merchant believed to responsible for the destruction of satellites in Rolling Thunder 2. He is the new leader of Geldra and plans to conquer the world by using weapons to start a global conflict. Gimdo is the last boss from the game and attacks with lasers.

Dread is the second in command of Geldra. He is Jay's target in Rolling Thunder 3.

Masker (マスカー, Masukā?) is a common henchman from Geldra. In the first game Maskers use colorful outfits. In the second and third game they have a robotic appearance. 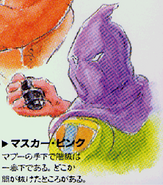 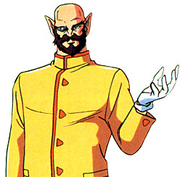 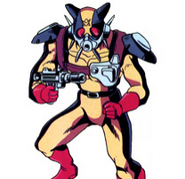 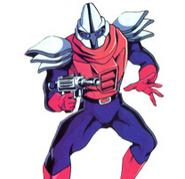 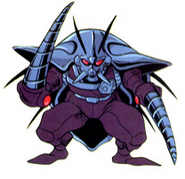 A Masker
Add a photo to this gallery
Retrieved from "https://namco.fandom.com/wiki/Geldra?oldid=5387"
Community content is available under CC-BY-SA unless otherwise noted.