Genpei Tōma Den (源平討魔伝, Genpei Tōma Den? roughly "Genpei Defeating Demon Tale") is a side-scrolling arcade game produced by Namco that was released only in Japan in 1986, and was later ported for Famicom (NES) in 1988, PC Engine (TurboGrafx-16) in 1990, and Wii's Virtual Console in 2009. The game was released outside Japan as part of the video game compilation Namco Museum Vol. 4 under the title of The Genji and the Heike Clans.

The player controls Taira no Kagekiyo, a samurai that died in the Genpei War and revived to avenge the destruction of his clan, travelling the provinces of Japan while searching for the Imperial Regalia of Japan to face his arch-enemy Minamoto no Yoritomo, and also faces other enemies like Minamoto no Yoshitsune and Musashibō Benkei. The stages vary between three gameplay modes. 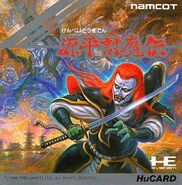 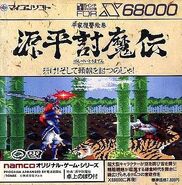 Sharp X68000
Add a photo to this gallery 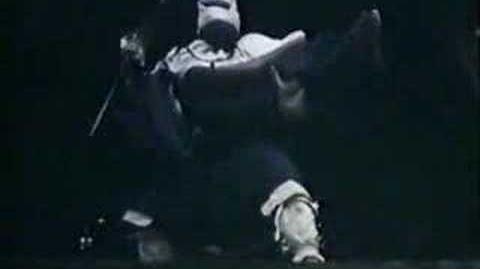 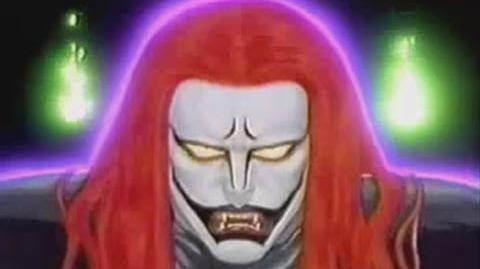 Retrieved from "https://namco.fandom.com/wiki/Genpei_Tōma_Den?oldid=8052"
Community content is available under CC-BY-SA unless otherwise noted.