Ishtar (イシター, Ishitā) is a character from the Babylonian Castle Saga based on the Assyrian and Babylonian goddess of same name, Ishtar. Ishtar is the goddess of love and war. She is kind and compassionate but is forbidden by Anu to meddle directly in the affairs of mortals on earth, and can only sit by helplessly and watch as Gilgamesh and Ki answers her call to service. Once she gives Gil her guidance, the rest is in Gil's hands.

In The Quest of Ki, Ishtar assigns Ki to retrieve the Blue Crystal Rod from the Tower of Druaga and gives her a magic tiara for protection. She also gives hints in the beginning of some stages.

When Ki was captured by the demon Druaga, Ishtar tells Gil to save Ki in The Tower of Druaga. The demon Succubus disguises herself as Ishtar in an attempt to fool Gil, but Gil discovers the fake. After Druaga's defeat, Ishtar appears in the last floor. In the PC Engine remake of the game, she gives hints to the player about retrieving the treasures like she did in The Quest of Ki.

In The Return of Ishtar, Ishtar appears in front of the exit from the tower.

In The Blue Crystal Rod, she stays in her temple and askes questions to Gil, and the player's answers affect the game story.

In The Nightmare of Druaga: Fushigino Dungeon, Ishtar is portrayed as a bossy and harsh goddess, and she scolds players that reset the game because it messes with the flow of time, which a mortal must not do.

In Seme COM Dungeon: Drururuaga, Ishtar appears in the story. One of the initial decks are named after her, which contains nine cards: Priest, Fairy, Goblin, Green Slime, Dagger, Leather Glove, Potion of Healing, and Book of Heal All. The card "Summons on Ishtar" makes her completely heal the HP of all characters in the room, both enemies and allies.

In Druaga Online: The Story of Aon, Ishtar informs Gil that Druaga revived in Aon and must be stopped to save humanity.

Appearances in other games[]

Ishtar is a playable character in Namco Super Wars, and also appears in Namco × Capcom and Tales of Destiny. 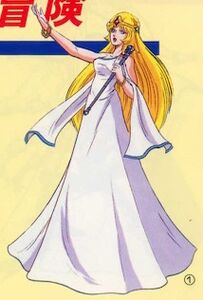 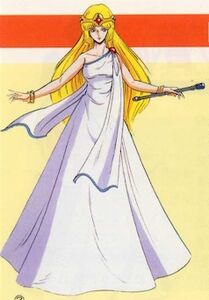 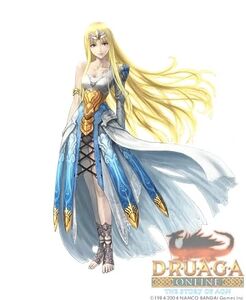 Ishtar in Druaga Online: The Story of Aon 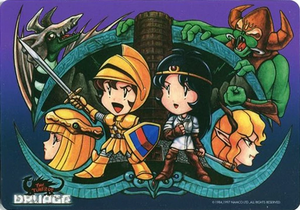 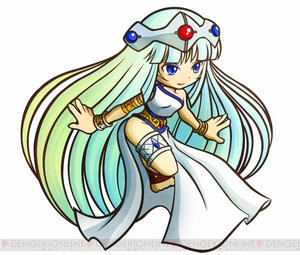 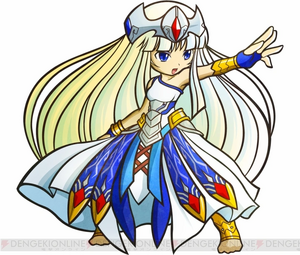