Start a Wiki
Mappy (マッピー, Mappy?) is the eponymous protagonist of the Mappy series. He is a anthropomorphic white mouse who's a police officer that goes after criminal cats, the Meowkies and their boss Goro.

Mappy heard the whereabouts of Goro stealing valuable items and keeping them in his warehouse. Luckily, Mappy was able to stop Goro and his Meowkies, going though the warehouse and obtaining the stolen goodies.

This is a list of game appearances for Mappy. References, such as costumes, are not counted. 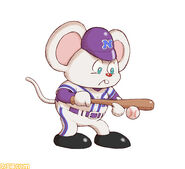 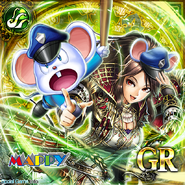 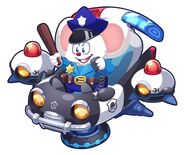 Alien Egg
Add a photo to this gallery
Retrieved from "https://namco.fandom.com/wiki/Mappy_(character)?oldid=9458"
Community content is available under CC-BY-SA unless otherwise noted.