Namco × Capcom (ナムコ クロス カプコン, Namuko Kurosu Kapukon?, Namco Cross Capcom) is a tactical RPG game released only in Japan for PlayStation 2 in May 2005 and re-released in 2006 with "The Best" label. The game was developed by Monolith Soft and features characters from the game companies Namco and Capcom.

Ten years ago in Shibuya, Tokyo, there was a ferocious battle between two rival organizations. The Ouma (逢魔, Ouma?) organization wanted to create "fluxes" to open a portal between the Earth and other worlds, and the other organization wanted to stop this "project" as it could cause chaos to the world. The fluxes where stopped by the Shinra (森羅, Shinra?), a secret governmental organization that exist since ancient times and combat otherworldly disturbances like Kamaitachis and Tengus. Shibuya was isolated after the battle.

In the year 20XX, fluxes are happening again in Shibuya like 10 years ago. The Shinra agents Reiji Arisu and Xiaomu go to the local to investigate. Suddenly, characters (both good and evil) and locations from several worlds and times begin appearing in other worlds.

The game takes place in five different parallel worlds that had never interact between themselves, but sometimes fluctuations cause people and locations from one world to travel to a different world or time. 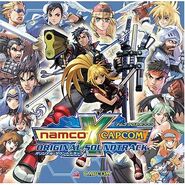 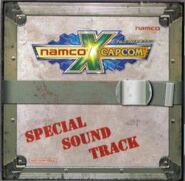 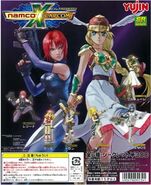