Sky Kid (スカイキッド, Sukai Kiddo?) is a shooter arcade game released by Namco in 1985. The game was later ported for NES, Super Cassette Vision and Wii Virtual Console, and is part of the compilations Namco Gallery Vol. 3, Namco Museum Encore, Namco Museum: 50th Anniversary and Namco Museum Virtual Arcade. In 1986 was released VS. Sky Kid (Sky Kid with the Nintendo Vs. System) and the sequel Sky Kid Deluxe.

Baron and Max are two impish and naughty pilots that grew in Birdland, a peaceful and free country of birds. Suddenly in one day, the country was attacked by the Mekazukin (メカズキン, Mekazukin?), an army that loves fighting. The fate of Birdland is uncertain as the Mekazukin invades with several tanks, aircrafts and other machines. Having confidence, Baron and Max stood up to fight against the Mekazukin army, each piloting a Namco Flyer (Sunsoft Buzzer in the NES manual), a plane designed for maximum maneuverability to scout areas. Baron and Max became known as Sky Kids. 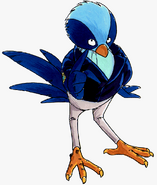 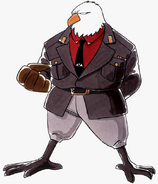 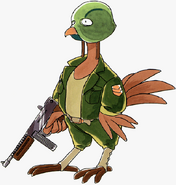 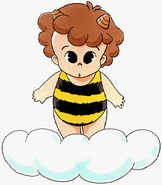