This article is about the video game. For the manga of same name, see Walküre (manga).

The Glory of Walküre (ワルキューレの栄光, Warukyūre no Eikou?) is a side-scrolling action RPG released for Japanese mobile phones in 2007.

Marvel Land has been watched by gods since ancient times. Once upon a time, the gods began to disappear from Marvel Land, and at the same time the demons began to go wild. The Great Goddess, concerned with the increase of evil, tasked Valkyrie to descend from heaven to the ground to find out why the gods have disappeared and save the world from the demons and the strengthened Tatta tribe. At one point of her adventure, Valkyrie is poisoned by a giant scorpion and is saved by Sandra, who searches for an antidote for her.

The Glory of Walküre 2

The Glory of Walküre 2 (ワルキューレの栄光2, Warukyūre no Eikou 2?) is the sequel of The Glory of Walküre, released for mobile phones in 2009. Unlike the first game, the gameplay has a top view similar to Walküre no Densetsu. In the game Valkyrie descents from the skies to solve another conflict.

The Glory of Walküre 2 title screen.

The Glory of Walküre 2 screenshot.
Add a photo to this gallery 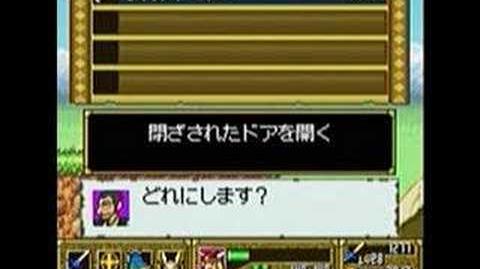 Retrieved from "https://namco.fandom.com/wiki/The_Glory_of_Walk%C3%BCre?oldid=8947"
Community content is available under CC-BY-SA unless otherwise noted.