The Quest of Ki

The Quest of Ki (カイの冒険, Kai no Bōken?) is a platformer video game developed by Game Studio and released by Namco for the Family Computer in Japan on July 22, 1988. It is the third in the Babylonian Castle Saga series and serves as a prequel to The Tower of Druaga. An enhanced remake was released in 2008 for Japanese mobile phones.

The demon Druaga has stolen the Blue Crystal Rod, and has taken it to the top of his tower. The goddess Ishtar sends Ki, a priestess, to retrieve the rod, with the end showing her turned into dust, setting up the events of the first game.

The player controls Ki, and must make her way throughout the game's 100 levels. The player must retrieve the key placed in each room and open up the exit door. Instead of jumping, Ki can levitate by holding down the B button, which allows her to access high places, however she will fall and become stunned should she come in contact with the ceiling or sliding against a wall. Ki can also dash by holding the A button.

Each level has enemies that must simply be avoided, and coming into contact with them will cause the player to lose a life, with many being taken from the original game. Each stage also has at least one treasure chest, which will reveal an item that can only be used in the stage they were acquired in.

Once the player has beaten the game, he or she has access to 40 bonus stages, which feature enemies from other various Namco games, such as Dig Dug, Pac-Man, Bosconian, Galaga and Mappy. 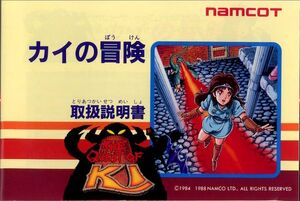 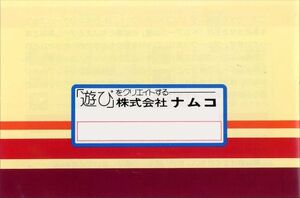 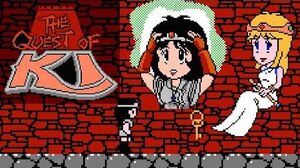 The Quest of Ki (FC) Playthrough
Community content is available under CC-BY-SA unless otherwise noted.