The Tower of Druaga

The Tower of Druaga (ドルアーガの塔, Doruāga no Tou?) is the first game in the Babylonian Castle Saga, released for arcade in 1984. The player controls prince Gilgamesh and has to climb the tower to defeat the demon Druaga at the top to save the maiden Ki.

The Tower of Druaga was also released for Famicom (NES) in 1985, for MSX in 1986, Game Boy in 1990, PC Engine in 1992, and for the Wii Virtual Console in 200. The game is also part of some of the Namco Museum compilations for PlayStation, PlayStation Portable, Nintendo DS, and Xbox 360. Most versions have some differences between them, including the Reverse and Darkness hidden game modes.

In the Game Boy version, a password is given at every 10 floors to allow the player to continue, and Gil is able to withstand more hits.

The PC Engine version is a remake of the original, having different content like new enemies (including enemies from other games like Vampires and Salamanders), new items, four difficulty levels (easy, normal, hard and pro gamer), and a password system for the two easiest difficulties. 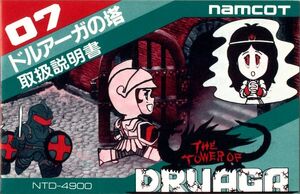 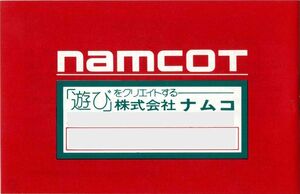