Start a Wiki
Wagan (ワギャン, Wagyan?) is a green robot-like Kaiju character and protagonist of the Wagan Land series. He originated from an electro-mechanical amusement machine for arcades created by Namco in 1987. He has the ability to temporarily stun his enemies with sound waves shaped like the noises "Wah" and "Gah". Though enemies cannot be destroyed with Wagan's sound waves, he is able to stand over one while it's stunned.

This is a list of game appearances for Wagan. References, such as costumes, are not counted. 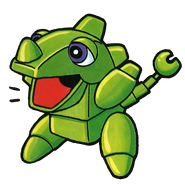 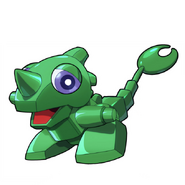 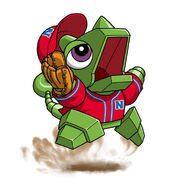 Graffiti Smash
Add a photo to this gallery

Retrieved from "https://namco.fandom.com/wiki/Wagan?oldid=9452"
Community content is available under CC-BY-SA unless otherwise noted.