Alongside the original game, Namco Anthology 2 includes a remake with new graphics and gameplay similar to Walküre no Densetsu. With the release of Project ✕ Zone 2, a limited version of the Namco Anthology 2 remake titled Walküre no Bōken: Toki no Kagi Densetsu with Xiaomu was released for Nintendo 3DS, which includes Xiaomu as a playable character.[1]

As the remake from Namco Anthology 2 expanded the story from the original and has connections with other games from the series, the game contains several characters and enemies from Sandra no Daibōken: Walküre to no Deai and Walküre no Densetsu, including Kurino Sandra, Sabine, Kamooz, Tiana, Nicol, Fairy, Goblins, Trents, the pirates and others. Rosa from Walküre no Densetsu Gaiden: Rosa no Bōken has a brief appearance in the game's ending. The game also has a few original characters, like the King of the New Moon and Rijakku. Zul no longer appears as an enemy type in the game, now being a friendly merchant. 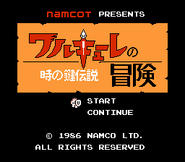 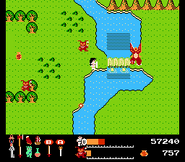 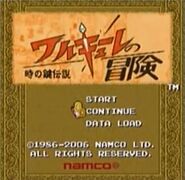 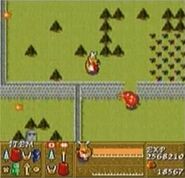 Retrieved from "https://namco.fandom.com/wiki/Walk%C3%BCre_no_B%C5%8Dken:_Toki_no_Kagi_Densetsu?oldid=8277"
Community content is available under CC-BY-SA unless otherwise noted.