Wonder Momo (ワンダーモモ, Wandā Momo?), real name Kanda Momo (神田桃, Kanda Momo?), is the main character from the game Wonder Momo. She is the star of the Wonder Momo show from Namco Theater, where she interprets a super hero that fights against the evil Warudemon army.

Wonder Momo appears as a playable character in the games Namco Super Wars, Namco × Capcom, and Queen's Gate: Spiral Chaos. She has cameo appearances in Marvel Land, in the first episode of the anime The Tower of Druaga: The Aegis of Uruk, and as a costume for Mell in Tales of Phantasia: Narikiri Dungeon X. She also appears in Pro Yakyuu Famista 2011.

Momo is voiced by Ayako Kawasumi in Namco × Capcom and by Haruko Momoi in Queen's Gate: Spiral Chaos. 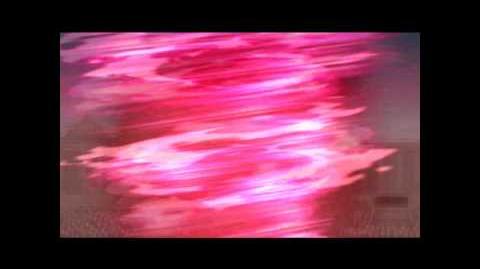 Momo is able to perform high jumps and attacks with kicks.

The following attacks can only be used by Momo when she is transformed.

This is a list of game appearances for Wonder Momo. References, such as costumes, are not counted. 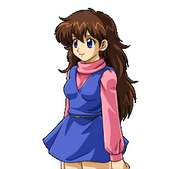