Xevious 3D/G is a Xevious arcade game released in 1996 only in Japan.

Xevious 3D/G has support for two players and has seven stages.

Throughout the stages there are structures with a crystal-like object inside that are released when broken. There are three colors representing each weapon. Taking a crystal with a different color will give Solvalou the corresponding weapon, and taking a crystal with the same color of the current weapon will improve it up to two times. If the player loses a life, all upgrades are lost, but the current weapon is kept.

Xevious 3D/G+ is a port of the game for PlayStation released in 1997. Besides Xevious 3D/G, the game also contains Xevious, Super Xevious, and Xevious Arrangement, and a few extra options like change the amount of lives and the original music by arranged music. 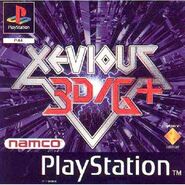 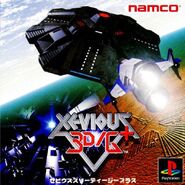 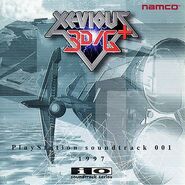 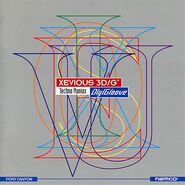 Xevious 3D/G+ Techno Maniax
Add a photo to this gallery

Retrieved from "https://namco.fandom.com/wiki/Xevious_3D/G?oldid=6150"
Community content is available under CC-BY-SA unless otherwise noted.